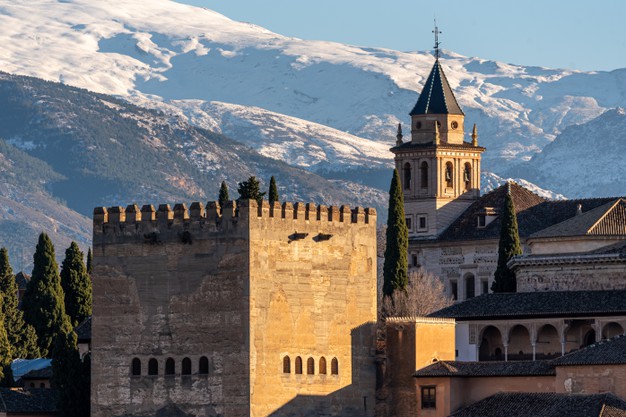 Visiting one of the most famous architectural ensembles in the world is one of the most important top 10 things to see in Granadai.e. see the Alhambra is a must if you are planning a visit to Granada.

One of the most normal things is to ask oneself How long does it take to see the Alhambra? From Visitanddo.com we explain it to you so that you can make the most of the weather during your visit to Granada.

The Alhambra is one of the most famous World Heritage monuments in the world and is a sign of the Nasrid dynasty in Spain, recognised as the eighth wonder of the worldas it was a finalist to make the list.

How long does it take to visit the Alhambra?

The itinerary of the Alhambra in Granada has a length of 3.5 km and the general visit of this monument ranges from a duration of approximately 3 to 4 hours.

It always depends on which parts of the monument you are going to visit, whether or not the entrance to the Nasrid Palaces is included and the pace of the tour.

It is also necessary to bear in mind two important times when organising a visit to the AlhambraThe time of access to the monument and the time of entry to the Nasrid Palaces.

How much time do you have to see the Nasrid Palaces?

The access shifts to the Nasrid Palaces have a duration of 30 minutes.The museum's main objective is to avoid crowds of people inside, thus avoiding the deterioration of the monument and allowing you to enjoy the unique beauty of the Partal, the Patio de los Leones or the Palacio de Comares.

We recommend that you organise the visit with an official guide of the Alhambra to learn more about its history and secrets.

Excursion to Granada with Tickets to the Alhambra from Málaga

What is the best time of day to visit the Alhambra?

It is recommended to visit the Alhambra in Granada or first thing in the morningwhich is when there is the least crowding, or after lunch hours between 15:00h and 17:00h, a perfect time for both hot and cooler seasons.

The lights of the city of Granada from the Alhambra will not leave you indifferent, both at sunrise and sunset.

Discover 5 incredible legends of the Alhambra

One of the biggest worries is getting tickets for the Alhambra in Granada, tickets sell out very easily.

They are nominative tickets and unfortunately if you have left it to the last minute to plan your visit to the Alhambra you may encounter the dreaded message of: Alhambra tickets sold out'..

Don't miss out on seeing the Patio de los LeonesIn this case we advise you to take the excursion to Granada which includes entrance tickets to the Alhambra and a guided tour of the Alhambra.

In case there is no availability to access the Nasrid Palaces, an option is to take this excursion without Nasrid palaces and spend more time enjoying the gardens, the Generalife and the Alcazaba.

If you are in the province of Malaga, we strongly recommend that you take your worries off your mind and take out the Excursion to Granada with entrance tickets to the Alhambra.

Visit the Alhambra in Granada at your own pace

If on the contrary, you already have your tickets to the Alhambra but you don't know how to get from Malaga to GranadaYou can book a day trip to Granada and organise it at your own pace.

If you are in Malaga and you simply want to take a look at the a day at your own pace in GranadaTake the day trip to Granada from the Costa del Sol. 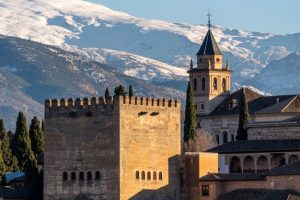 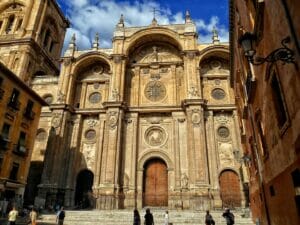